Travursity Travel Showcase: Its worth Your Time 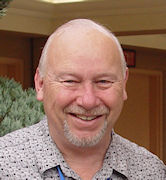 I have been in the travel industry since I started planning mission trips for teams from our church to both international and domestic destinations back in 1985. After my retirement as a Baptist pastor I took on the task of creating my very own travel agency from scratch. Hence in the early 1990's I founded Texas Cruise and Travel.

I want to begin by saying that I believe that the supplier/travel agent relationship is the backbone of the travel industry. All of the Associations and companies that support Travel Agents and suppliers are useful tools but the relationship between the individual travel agent and the various suppliers is the grease that make the leisure travel industry hum. I also believe that the supplier must constantly improve their product and that the travel agent must continuously improve their knowledge and skills.

Now I will readily admit that in many ways this was a new experience for me but I soon discovered that creating a business was not unlike building a church. The process was virtually identical. The difference for me was I had plenty of formal training and mentoring in building a church and very little in building a travel related business.  So, for me the first step and continuing attitude was learning and training.

I enrolled in a distance education program for travel agents and completed the courses. I also worked through all of the Home Based Training material by Kelly Monaghan. Kelly was the home-based guru of the day. In my view his manual is still the "Bible" of building  a successful home-based travel agency.

That took care of the learning curve academically but it left the collegiality and mentoring aspects of becoming a travel agent unaddressed. So, I started looking around for organizations that might provide this. My studies had convinced me that I needed to have friends in the industry both on the agent side and the supplier side. What I discovered was a whole lot of organizations that had developed to support travel agents who worked for what we called "brick & mortar" stores or just suppliers.  There was ASTA, ARTA, NACTYA and OSSN.

I soon discovered that OSSN targeted people like me. OSSN stands for Outside Sales Support Team
and that is precisely what independent contractors and home-based travel agents need . . . . a support team. OSSN does not exist any longer having been absorbed into CCRA. At any rate I learned that OSSN had a chapter near where I lived and it wasn't long before I was speaking with the Houston OSSN Chapter Director Jeff Grieder. It was at these monthly meeting where I developed my early networking with suppliers and other travel agents. At last, I was not alone. (I went on to become a Chapter Director, Regional Manager for OSSN and then later a Regional Manager for CCRA)

Once I took this step one of the things that I started doing was attending the local meetings of what was then an organization (OSSN) whose mission was to support travel agents who were independent contractors and/or worked from home. With monthly meeting during which a featured travel supplier would make a presentation, members would network. This group nurtured my early years in the business.

This group introduced me to the world of Travel Trade Shows and forums as well as traveling trade shows. I attended large shows put on by the Cruise Line International Association, Travel Trade Shows, etc.  I also discovered the world of traveling trade shows such as the “Buck Wilson Shows” and the Peninsula Shows.  Buck shows ceased because of his having suffered a sever stroke but the Peninsula Shows continue. From my first CLIA show to the show I attended last week these events have played a major roll in m y travel industry career.

However, I recognize that not all home-based/independent contractor travel agents can afford the cost of the large trade shows and forums. Like I said, I have participated in them all for many years in my capacity as a travel agent, a Regional Manager with OSSN and a Regional Director with it’s successor, CCRA and know about the cost. It doesn’t matter whether it is the large Travel Agent Forum and Trade show put on by Jim Cloonan or one of the regional or National Power Solutions put on by CCRA . . . . they are expensive (CCRA does offer a series of very affordable Regional Power Solution Events).  The traveling trade shows are far more affordable because they come to you rather than you going to them. 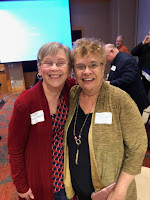 When Buck Wilson suffered a stroke and closed his show it left a vacuum that begged to be filled. Not one of the national organizations stepped up to meet the needs of those travel agents (vast majority) who cannot afford to attend one of these large expensive national shows. I remember discussing this with several of my industry executive friends but none seemed to be interested. I came away believing it was because they didn’t see enough ROI.

But that didn’t change the fact that training and supplier knowledge was needed not to mention the networking between travel agents and supplier representatives. Then a friend who had been a colleague with both OSSN and CCRA hit upon an idea. He left his position with CCRA and began putting together a different kind of traveling trade show.

However, what he ended up creating was not another Buck Wilson Trade Show or Peninsular show.  Vince Yeck and Monique FitzPatrick created what they named Travursity Travel Showcase.  They want you to know that they are not just another traveling trade show . . . . they are a Showcase.

I drove 150 miles to attend my first Travursity Travel Showcase this past week in Houston. It was well worth the drive as I was thoroughly impressed.  Vince and Monique have taken the strongest elements of the large national trade shows and the small traveling shows and married them into what they rightfully call a “Travel Showcase.”  If one of these showcases comes to your area you should make it a point to attend. The quality is as good as that of any national trade show or forum and the best of the smaller shows.

What makes me make such a strong statement about this traveling Showcase, you ask. Among other things here are a few elements of the show that I think are significant.

1. There is a limited number of suppliers and the ones there are quality companies. The fact that there is a limited number of suppliers means that you can spend more time with each supplier. This gives you the opportunity to add them to you network not only in a " business" sense but personally as well. You do not have to rush from booth to booth to get around to everyone.

2. In addition to the supplier booths each of the suppliers has an extended time to present their product and how you as a travel agent can take advantage of what the supplier has to offer.  At every Showcase there is a featured supplier who receives a one hour time slot just prior to the Showcase itself where there can be a submersion  into that supplier's products and procedures. 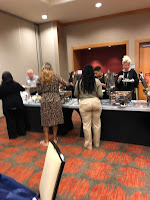 3. The Showcase also has a first class Buffet where Agents and Supplier Reps sit at the tables together for dinner. I found this to be a great time for networking. Informal conversation brings about a sense of trust and a sense of developing friendship. This is especially true when the supplier is someone with whom you really want to do business. All through this process you never have the sense you are on the clock. The atmosphere is relaxed and comfortable.

4. Show closes with a drawing for prices from supplier.

work for host agencies. They offer a quality show, at a more than reasonable price. I would note that these shows are not sponsored by any of the major show producers so if they are to continue as structured they are going to require agents support.
Posted by David at 10:28 AM