What Are You Doing For Your Valentine?

Hey guys . . .it is time to stop fretting over what to give the light of your life this Valentine’s Day.  HA! . . . for most of you Valentine’s Day has even crossed your mind yet . . . . but sooner or later it will. By the way, sooner is always better than later. When it does, it is OK to admit it, you'll struggle with "What should I do?" 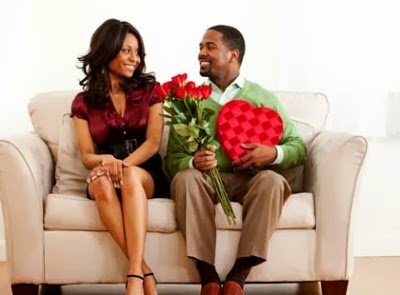 The choices are simple. You can do the same old thing that every other Tom, Dick and Harry will do and get her some last minute flowers and/or candy . . . throw in a last minute card and, then think to yourself, "I'm good to go."


Like that's your sweetheart wants . . . something exotic from Walgreens or CVS.
Come on man . . . you're better than that and so is she! Think out of the box. 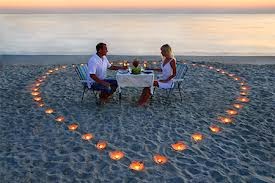 Why not do something out of the ordinary. Show up with a box of chocolates if you must, but make sure that when she opens the box it has a card that says your going to spend time together, just the two of you, in some all-inclusive resort in . 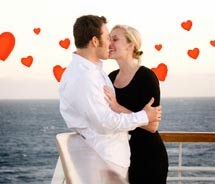 Go ahead, do the flower thing but make sure there's a note attached  with a picture of Captain Stubbing that says, "Welcome Aboard the Love Boat". . . "We set sail on December 7th on a 7-Night cruise aboard the EmeraldPrincess."  (My personal choice this year).

Too rich for you budget, well there are a hundred other things you can do. If you live in as I do you can have a great couple of days together in , , or some nearby bed and breakfast that will not break the bank.  Just be sure and make it special.


Thinking out of the box says not only that you love her but that you've given some thought to making the day special for her. Trust me guys, after 47 years living with the same sweet woman I know how important this is.
Can't make it happen for Valentine's Day then there is a birthday or anniversary down the road and with a little advance planning you can do it right. Advanced planning let's you stop worrying about what to do and start anticipating what your going to be doing. When we plan something ahead we usually do what we plan.
Oh, yea, Walgreens and CVS is good for the Card and Candy you can pick up the flowers at HEB or Market basket. When she discovers the "specially for you" trip she will not care where the flowers, candy, or card came from.
So, as Larry the Cable Guy says, "Get of you duff and 'get 'er done.'" Trust me, you'll be glad you did.
By the way ladies, it's ok to drop a few hints and don't be too subtle. After all these are men were talking about.
Posted by David at 4:13 PM 1 comment: 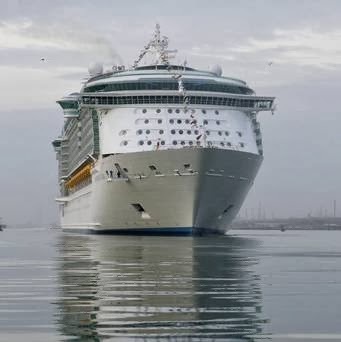 
Now this should not  make you consider cancelling your cruise plans as it represents a statistically non-existent problem. The odds of falling off of a cruise ship are remarkably small.


For one reason it is nearly impossible to just fall off of a cruise ship. The railings and guardrails in publically assessable area are designed to keep people who trip, stumble or otherwise fall for going overboard.


Actually, people falling overboard fit into two categories. Those who are doing something foolish and those who deliberately jump overboard.

Believe it or not some people choose to commit suicide in exactly this manner. They simply jump overboard. How do I know? I've been there when  it has happened. I recall that my wife and I were walking the deck as we often do when we passed a lady who took off her shoes and placed it next to the cabin side of the deck. She then neatly folded her wind jacket as we passed by and placed it on top of her purse which she had placed next to her shoes. By this time we were considerably past her and a crew member was coming up from the opposite direction when he suddenly began to run toward the doors we had just past. As I turned to see what was happening all I saw was the woman's stuff on the deck and a shawl looking thing hanging over the deck security camera . . . but no lady. As I ran to the phone inside the doors we had only just come through moments before and beside which she had placed her things I came upon the crew member already on the ship's emergency phone yelling, "Yes, Yes, she just jumped overboard. Yes, I saw, she jumped" As far as I know she was never found.

But what about those people who don't jump off the ship but end up overboard anyway? In most of these cases the passenger is doing something stupid like standing or sitting on the railing.  They might be climbing from balcony to balcony or just plain horsing around. This usually happens after a drink or two too many.  I remember one fellow had been drinking a little too much and he tried to jump from the railing to a lifeboat. He missed and ended up in the Gulf of Mexico about 50 miles of the coast. Lucky for him (since he was reported overboard) he was picked up by a passing freighter and taken to the .  Like I said, he was one of the lucky ones.


Most people who fall overboard for any reason are never found and their bodies are never recovered. 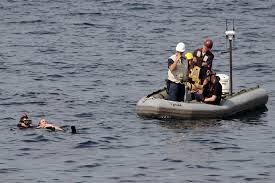 That's in spite of the fact that if someone sees them go overboard and reports it immediately to the crew a major recover effort is instigated. First a sea marker is dispatched to mark the spot where the reported event took place. Then the ship is turned around and returns to the area to begin a search. While this is happening the ships security camera tape will be reviewed. This search consists of lowering life boats or a tender and criss-crossing the reported area of the event.  While this is taking place the Coast Guard will be notified and given the GPS of the search area.


One bright spot in all this the cruise industry is testing some advanced technology that will alert them as so as anything of any size goes overboard. It is being tested by Cunard now and when the Coast Guard finalizes the rules that govern it you will se it being implemented across the industry. 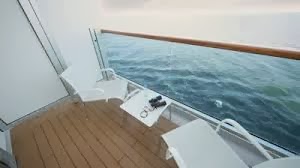 Until then my advise is, "Don't be stupid."  Don't drink to much; don't horseplay on balconies; don't climb or sit on balcony railings; and don't climb onto chairs and lean out over a railing to get a better photo. Instead, be smart and use common sense and enjoy your cruise vacation.
Posted by David at 5:48 PM No comments: